This is a picture I took last week at the Nitobe Memorial Garden, Vancouver, BC.  An absolutely stunning garden!

The Nitobe Memorial Garden is a 2½ acre (one hectare) traditional Japanese garden located at the University of British Columbia, just outside the city limits of Vancouver, Canada. It is part of the UBC Botanical Garden and Centre for Plant Research.

One of the most authentic Japanese gardens in North America, it honours Japanese author, educator, diplomat, and politician Nitobe Inazō (1862–1933), who died in Victoria, British Columbia (now the sister city of Nitobe's home town Morioka), and whose goal was "to become a bridge across the Pacific."

The garden has been the subject of more than fifteen years' study by a UBC professor, who believes that its construction hides a number of impressive features, including references to Japanese philosophy and mythology, shadow bridges visible only at certain times of year, and positioning of a lantern that is filled with light at the exact date and time of Nitobe's death each year. The garden is behind the university's Asian Centre, which is built with steel girders from Japan's exhibit at Osaka Expo.

This challenge is open to all artists, whatever your medium.

Please post your finished artwork in this discussion thread. We're looking forward to seeing the diversity in art created by one reference/inspiration photo!

Replies to This Discussion

this photograph has inspired me (it would inspire anyone) - i'm learning right now, so i don't yet know how to use 100 different pencils and blenders, like our wonderful, established artists (only kidding), but i'll have a go with just a few values. thank you i love this photo!

Permalink Reply by Jo Flockton on June 24, 2014 at 10:11am
Michele, I'm glad this photo has inspired you, and look forward to the piece you do as a result. This garden was absolutely gorgeous, small but perfect! I took between 50 and 60 photos, (all with my phone), while I was there. ;-)

What an interesting place, thank you for sharing. The UBC website has information about Nitobe Memorial's history and explains its Japanese influences:

Here is my addition to the challenge. Watercolor Permalink Reply by Jo Flockton on June 28, 2014 at 10:47pm
Beautifully executed Pat! I haven't even started mine, too busy in the garden.

It's lovely.  Pat, go to Google, and do a search for "Nitobe Memorial Garden images" and cursor down the page--I think you'll get a nice "surprise"!

It's lovely.  Pat, go to Google, and do a search for "Nitobe Memorial Garden images" and cursor down the page--I think you'll get a nice "surprise"! 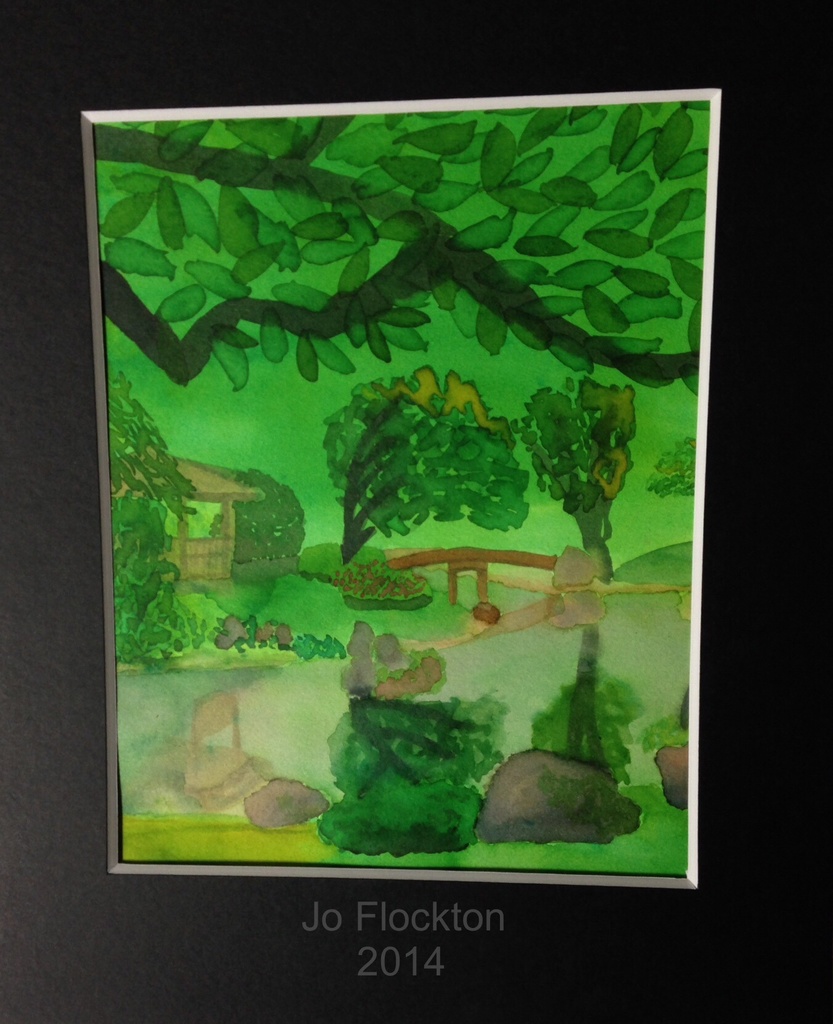