Born in Cuenca in 1949, Julio Abad Saiz defines himself as a self-taught figurative sculptor who from an early age became interested in art in its most diverse forms. Already at a very young age he began to draw the…

My other Art sites

You can find more of my art at these locations: 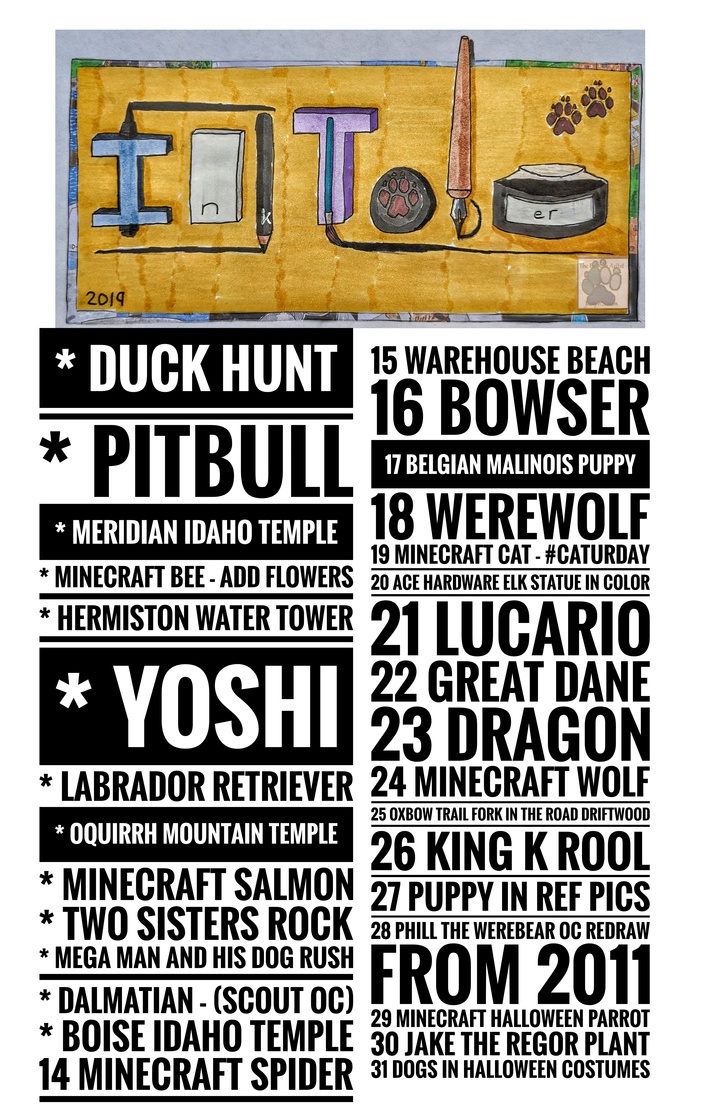 This is my inktober drawing list that I made. I finished it on the 14 and that's why the days aren't labeled before that point. It mostly had to do with the fact that I finished a drawing right before inktober started that I wasn't…

Art is the key to life . Music is glue to life .

I just seen a month to n can said ICU.

Any one who believe ever get n the Top rah,c.f.ble, orpHAn or any south American express Fiona es.  The prophecies have all come teue.If you get elieve in any of these rep time ns,vprophasies, orvmagic, please help defend me & my child often agAinst black magic & come rses. My most recent my painting in your progress with s from a dream in the hospital. Maybe need help defend gene by myself and family against a il.  Again, I am 41yrs old, and have slept with the light on son e I aS…

I have been working hard since recovering from an illness of over two months.  While ill, my mind felt a bit jumbled, but I had a lot of time to just think and decided to take some chances with art that I had not had the confidence to take in the past. There were many "failures" (which are really just opportunities to learn); but, I am excited to have been chosen for inclusion in the Grimes County Art Show: Wit & Wisdom, facilitated by Doubling Entendre…

I've been feeling up and down and up and down like a roller coaster. I have started reading a novel by Margaret Atwood ''The Handmaid's Tale'' it's alright I guess. Artistically speaking; I have done a few ball point pen doodles. It appears I can't upload them the computer or this site does not recognize it, sorry..so sad. I am…

2018-2019 were very difficult for me.  I lost my mom to cancer in the spring.  My grandma died about a week ago, and the family decided to do a wake for her today.  Sunday February 24.  I was only told yesterday.  2-24 is my youngest son's 13th birthday.  I feel guilty for not going, but I  didn't want to ruin  kid#4's birthday over a great -grandma he has only met twice.  It sucks, I was finally starting to get  over my mom. I picked up a brush last week for the 1st time in months.  I… 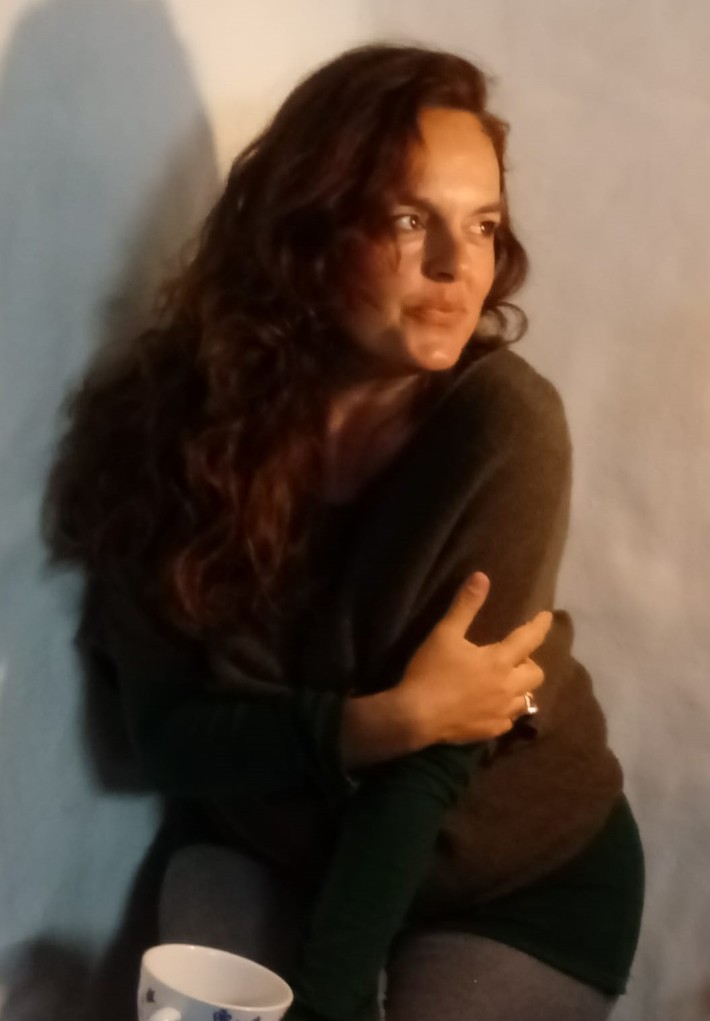 You Are My Sunshine

I had previously posted my recent (since 2009) artwork on a site called Paintingsilove.com. After ten years that site will be shutting down at months end. It was a safe comfortable place to put your artwork out in the world among other artists of various skill levels and styles. There was never any fear of being trolled, ridiculed, or having to endure being cruelly criticized. In the short time I have been here I get the sense The Art Colony is very much the same. As a first blog…

On being/becoming an artist and acknowledging the fragile moments, steps and stumbles on the path to an intimate understanding of my journey thus far. My most recent essay on Hello Humans.

HINDSIGHT: An artist who always was

I have a dilemma.

While updating inventory in my space at a co-op shop, a flash of horror came over me as I looked at several…

What a delightful welcome.

Thank you for the reaction to my art ..........to all those who have responded within the first full day of my membership of the art colony.  I am completely overwhelmed with joy . Please add to my “friends” list.......I will surely accept you all and respond when I can.

warm regards to all

It has been a long time since I posted here, but I have not quit painting in the meantime.  I hope I have improved somewhat over the years.  I feel as if I have moved in the right direction.  My goal was always to be a little looser.  I want it to be an impression of "something" but also need the subject to be identifiable.

I now have a place to indulge my passion.

We had downsized from our home to a condo, we had two bedrooms, and I had an area in the second bedroom, where I…

Hello folks, it has been awhile since I was on and posting anything.  I'm trying to come up with some art for a children's book I am calling "Debbies Shells"
This is what I have now, please give your opinion on them. Thanks!

My Life in the Art Colony and

I have been within the Art Colony for a little while now and I have really felt enveloped by the whole ethos of the Colony! created by Jane and gang,I have found some great Art friends from all over the world and they have helped me grow on my art journey which has been fantastic for me and hopefully my new career.

Recent events made me focus and articulate my objections in paint 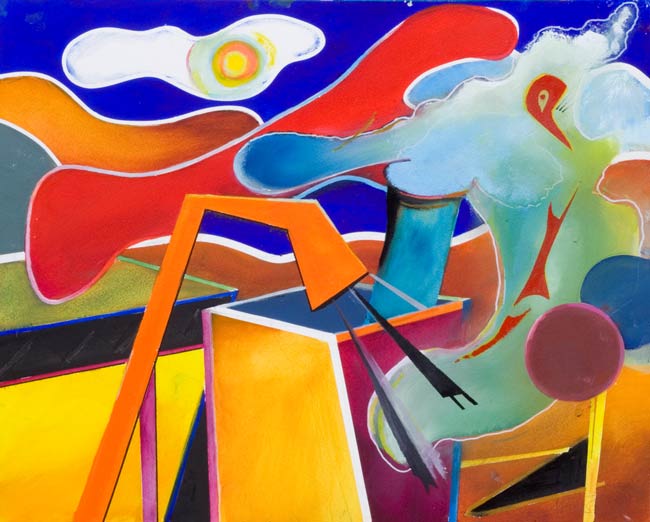 Doing it for love

When I started this latest immersion in drawing and painting, I was looking for my old self that enjoyed it deeply and at times could do it hour after hour.  I had lost that for too long, and was more than ready for the fond memories that came to mind in the early 2000s when I was into illustrating words and verses and not much into images in themselves.  So, I took a formal class or two in watercolor, something I had avoided as much as possible before, and discovered happily that I loved…

Since I'm new here and this is my first post, I'll try to bring you up to speed. I started drawing in 2015 and having been learning various mediums. I started with pencil drawings and then colored pencils. I wasn't getting what I wanted out my drawings so I decided to try paint. I love painting and use acrylics, watercolors and oils. Acrylics being my go to but I really want to be proficient in oil and watercolor.

Here are my first watercolors. Hmm I guess you can only add one image…