Hi my name is Jim Kruse and I live in Sanford Florida. I have done art all my life. I really got into painting at 10 years old when my aunt bought me an oil painting set and I used to watch William Alexander on PBS paint. I was amazed at how fast he could get to the heart of a painting and copied what he did. As a teenager I still used those same paints but found I could use almost anything as a canvas, and lots of things (like gasoline) were solvents for oil paint. Its a wonder I'm still…

I finally figured out why my art was not going anywhere or improving. I am trying to please other people when I should just be pleasing myself. It was wrong of me to do that. So  I am going to reinvent myself! :) New work on its way? Yes. With my real feelings and soul put into it. I don't care if everyone hates it. I don't care I am exposing my vulnerable heart to the world. Here goes nothing!

I want to apologize for not being around for a while and let you all know what's been going on.

In September as we were moving to a new house my husband's father passed away.  Earlier, in April, my father had passed away as well.

Just before I joined the Art Colony last year, I experienced my first generalized tonic-clonic seizure (Grand Mal).  We had hoped it was a one time event.  Many people every year have will have an unprovoked seizure and then…

Thanks for the welcome

Hi to all. I'm new to this type of communication, so be patient with me. I may not be active right away. I am a recently retired university professor who taught human anatomy and human physiology for 31 years. I've always painted and I am not finding much more time for this pursuit. I mainly paint with solf pastels in what I call a semi photorealistic style. I take photos and then transfer them using Bernini transfer spray. Mainly I have done blank note cards. Some of these are posted on…

Yay! I am finally an adult! I have waited so many years to be 18!!!! <3 <3 In four months I am moving to the big city! My life Is finally coming together as my high school career is winding down. I just hope that the next 18 years will be better!! I can't wait! <3 <3 I am finally going to come into my own in the art world.

Actually, I've been "retired" from my job as a computer programmer for about 10 years, but I've tried to "keep up" with that world. I have a recurring dream where I announce at the end of the day that I'm quitting and won't be back at my desk tomorrow. I didnt know what the dream was trying to tell me.

Years ago I read an article about a retired man who would suit up every morning and spend the day haunting his former workplace. How pathetic, I thought.

This morning while… READ MORE

We are all artists of some kind.  The only way to discover and develop our unique giftings is to be comfortable expressing the artist that we are.  I will always have that structural tension between …

We are all artists of some kind.  The only way to discover and develop our unique giftings is to be comfortable expressing the artist that we are.  I will always have that structural tension between what I had envisioned in my head and what actually happens at the end of my paint brush.  I think it drives me.

Hope all are well and making ART 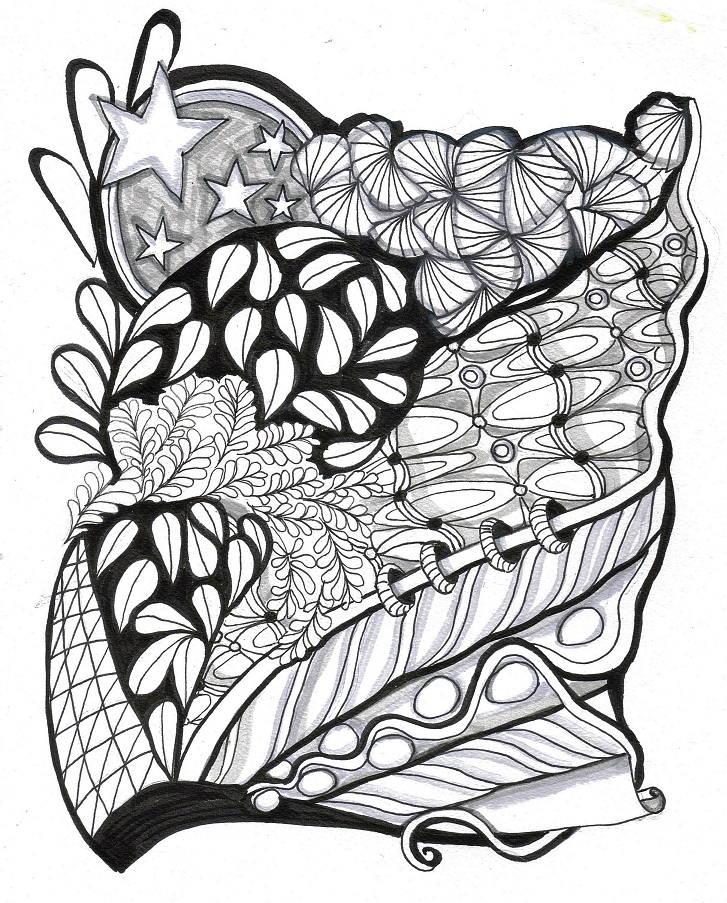 I was downstairs having coffee with some friends today and showing them the new waterbrushes I got in the mail. Along came the maintenance man. He saw the brushes and asked me about them.

We had an interesting conversation about his art and he was very encouraging about mine. He did say that when his day job interferes with his art, he tries to doodle to keep his hand "in tune."

I've noticed that since I've been doing… READ MORE

Has anyone seen or heard of 'ZENTANGLE'  etc. Personally I think its great fun.

A old one, but thought of sharing...An outlined thought 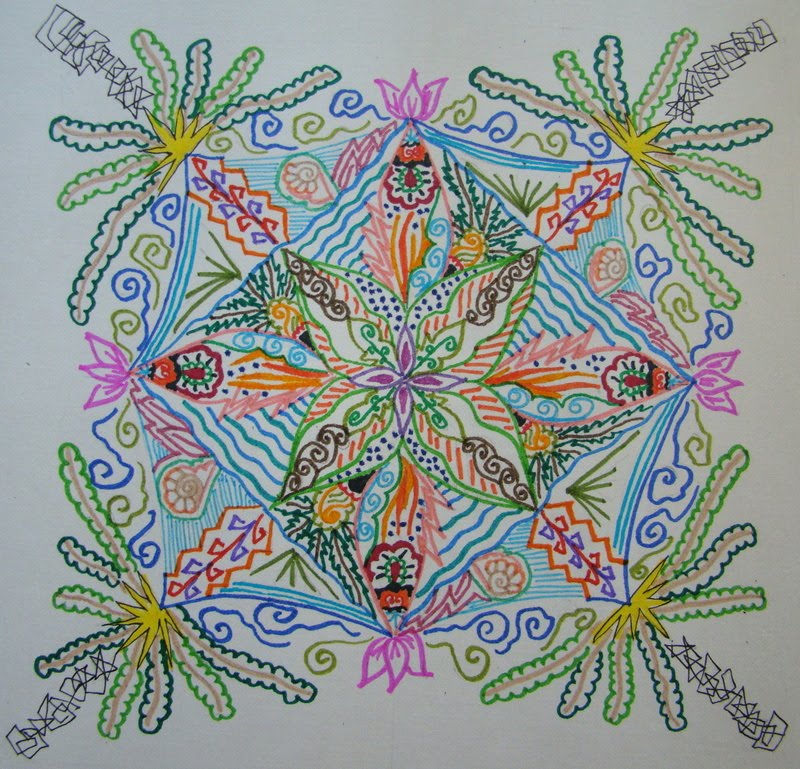 A four-step emergency rescue plan for your 2012 goals!

Here we are midway through January, managing our time wisely and making headway toward achieving those goals we jotted down on a cocktail napkin on New Year's Eve. We know what it takes to manage a project and how to break it down into pieces to create do-able smaller steps. And we are really clear about the benefits of formulating a strategic plan to help keep us on track. Of course we took the time to actually plug this plan into our calendar, to remind and motivate us to keep our eyes on…

The mind of a curious non-artist.

It's too soon to know if I'm an artist or if this is another in a long life of revolving passions.

My crafting experience is broad, but shallow. I've tried almost every craft but interest is "scientific" rather than "artistic". I'm interested in "how" it's done and once I've figured out or learned the how, and often "invented" some new way to replace the tried and true methods employed by the real artists, I lose interest.

For example, this past weekend, I played with… READ MORE

My painting and I

I am actually more of a creative writer (busy finalizing the cover design on my book before it gets published) than an artist. I do like to dabble with a little paint sometimes. I have completed 5 paintings (all abstracts) and the last one I added small metallic mosaic tiles to finish it off, after I made a nasty blunder. Have two more paintings that I have already drawn on paper, but my muse is writing right now, not painting much.

I am a great fan of Greek Mythology and for XMAS my boyfriend gave me this massive Greek God Family tree, it has heroes included which is a massive bonus... William also gave me the idea of doing something Greek Gods related for my next home project as one of his XMAS gift from me was a mermaid, which he adores... He loves any of my art, even ones I find hideous... Well, so i just started researching in what format I am to proceed with this home project.... So far, I am with the main…

I've been working on this piece for so long that I can't believe I'm actually done!  The water in the foreground gave me fits, but I think it looks like water and my husband says it looks like water so I'm calling this one a wrap.  Many thanks to all of you who sent me the positive drawing energy I needed to complete this!  :)… CAUTION: I'm about to reveal my ignorance :)

While trying out Sherry's suggestion about using a glass plate as a palette for watercolor markers, I had an AHAH moment.

I'm sure everyone already knows this, but it must be so simple that experts don't think of mentioning it.

One of my problems when working with color (I'm a monochrome sort of gal) is that I acquire so many different colors, but then they often clash when I use them together. I would pick out three reds thinking I was going to get a range of color and I… READ MORE

My studio is my recliner in the living-room, therefore I need to keep mess under control. Making art is a new hobby for me and I haven't had any instruction so I'm free to try anything that catches my eye.

I have watercolor pencils, but some are poor quality and don't deliver enough color, some deliver color, but colors within the same brand clash. Also, since I use a minimum amount of water, it's difficult to mix and blend colors.

When I was first thinking about making… READ MORE