You know those bits of wood, used to secure the intgrity of the support,  that often come with your canvasses? I've worked a fair bit with smaller canvasses that don't really need the wood bit, so I now have quite a collection of them. The granddaughters like to play with them, but otherwise I keep them around because--you guessed it--I think, "Someday I'll use those." 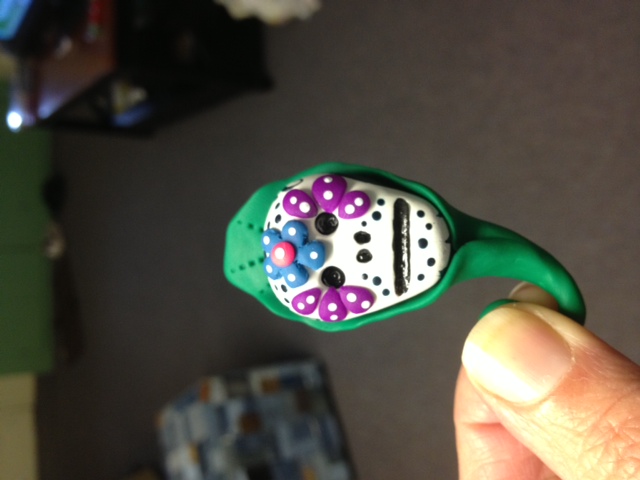 Well, first off, this is my very first blog ever and I suppose I have put it off long enough. I have been wondering what to say, and finally figured out the only way it would really come to me is to just start typing. So, here goes....…

2nd installment of coping my Aunt"s oil painting, So my wife could have a copy

when are you considered an artist...

You are considered an artist when....You Make Someone Happy With a Service You Provided For Them...Make-up, Painting, Cooking, Photography. Contractor,and Decorator, even much more. Each and everyone of us are a artist in our own right. Some better than others, but when we put our hearts into our art, what ever you choose, you are an artist!!! Don't ever let anyone tell you any different. Congratulations to all artist everywhere! 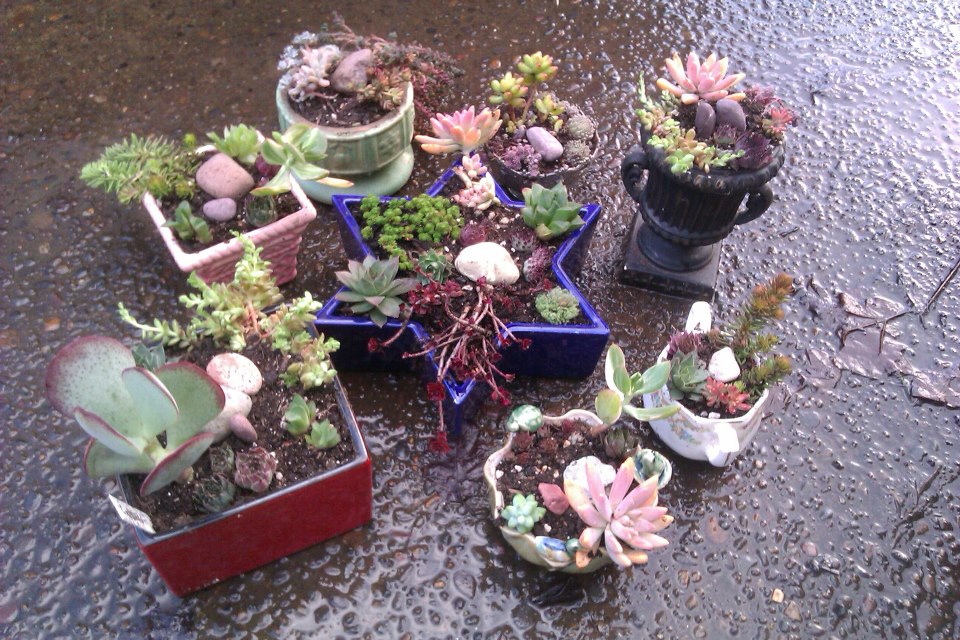 I'm having fun making these little succulent gardens for my Eugene Saturday Market booth and upcoming Valentine Love The Arts Show. They are great for people who don't have a lot of space for a garden or aren't good with plants because they require so…

Since posting the swap my mind has worked over time to find something to do. Well last night my mind came up with many things so today going to give some of it a try. Wish me luck. Not having a craft store near (closes one 54 miles away) does not help but I’m going to use things in my home. My first project is something to do with food because we do most of our socializing with food. If you ever get invited to a Cajun person’s home for boiled crawfish, crabs, or shrimp run to the table. Now…

Having a decent new year.

So finally got around to painting my first floral, only took 2 months (I am a busy gal). I was not happy with the outcome as I really wanted it to look more realistic, but it seems I lack the ability. I wonder what oils would look like... I plan to try again maybe with oils next time to see if I can get a somewhat realistic feel to the floras. I ended up giving this to my sister-in-law, she seems to love it (unless she is just being nice)! …

This painting explores the concept of Twin Flames Click the link for more in depth facts about them.

But basically, it refers to the literal other half of your soul. It is very rare to meet your twin flame but some think that more are incarnating together now for the purpose of expanding humanity's consciousness.

In my painting the Twin Flames are inseparably linked, too, with the earth. As the… READ MORE

Today I started painting lessons from a well known Canadian artist. I learned more on perception in two hours from him than I did on my own in two years. Now to practice it and next week he will teach me face on portraits. I am expecting it to be very helpful for my future artworks. I can't wait to go back and find out more the tricks of the trade. This man can do paintings with 50 people in them. What an artist!

I am new in Austin and have been a member of the group since quite sometime now,would like know more about Austin fineart world and I do want to make my paintings here and sell them too.Does anybody here know about this place.Need Help for sure.

52 TODAY AND LOVE THE FEELING ART BRINGS ME

When I first started sketching and painting about a year ago I never thought I would still be doing it today and loving it with even more of a passion than I did when first I started.  I was thinking like everything else I would get tired of it and let it go to the wayside like most of my projects.

Well, here I am today, with every single copic color pens I can think of and still searching for more.  Trying new textures of paper I find at my favorite hobby…

Well, I have finally gotten to the point where I can take some time and draw. I didnt think this day would ever arrive. Right now, I just want to draw everything! With all my writing squared away, outside of a couple of projects in the future, I really want to not only improve my art, but also see about marketing it. I mean, if I am going to create, I might as well go all the way, just like I do with writing. Lately, thanks to some great advice from some of you guys here, I have been…

Today is a big day. Everyone back to school and work. Getting back to some normality. Now time to take online art class, and work on my art. I have jotted down Ideas to paint, but I think I will just let the brush talk. It seems that paintings are the best when I let the brush talk. Speaking of brushes.....Can someone suggest a good brand of brushes? I live in a small town so most likely I will have to order them on line. I have been using some from the local Ben Franklin store. They are ok but… READ MORE

Good news.... Eugene came home today. He is tired and not sleeping well still.
Seems to have nightmares when he goes to sleep. Not surprising after all his
body has been through. He had four stents put in his main artery that was 99
percent blocked. After the heart attack his kidneys and liver started to shut
down so he just missed going on dialysis and because his liver was not working
he had all kinds of bleeding internally with blood transfusions needed. This is…

I Love reading all the post's. As a beginner it inspires me to reach my full potential. When I paint I get lost in my art work. To me it is relaxing and helps keep my mind of the days events....So keep posting my fellow artists you all keep me going!!!!!