In the act of being creative we come up with all kinds of ways...

In the act of being creative we come up with all kinds of ways to give life to the ideas rattling around inside of us. Sometimes we have the time to fully develop and explore an idea when it springs out and wiggles around on the page in front of us. And sometimes we do not have the gift of time to develop these ideas.

I used to get frustrated by this, which would often lead to trying to finish something and rushing and ruining the…

To all my art friends.

To all my art friends
It is time to get the sail cruiser ready to move from Lake City MN to Rock Creek KS where I'm going to teach sailing, inspect boats, teach boat safety and plan to sketch and make ready for more Watercolor paintings this coming fall. I wish to thank all of you for your comments and support, they are greatly appreciated!
CaptainJack (Jack Bond)

Photographer Eva Fidjeland - one of several artists to show their work at the AthensArt's Annual Arts Festival at Hardeko in Bispgården, Jämtland, Sweden Posted by Susanna at   8:23 PM, Apr 19, 2…

Photographer Eva Fidjeland - one of several artists to show their work at the AthensArt's Annual Arts Festival at Hardeko in Bispgården, Jämtland, Sweden

Well, here we are. Easter has come and gone and some days I feel as if I'm taking one step forward and two steps back with my artwork.

I met a lady at an Easter dinner who had been told by someone present, that I was a artist.I chuckled modestly and said I didn't know if I would really qualify as an artist or not.

She said she had been painting for about twenty years and was still paying for weekly lessons. She asked to see some of my work. I hesitantly showed a few pieces…

Keeping the art I'm developing in front of me

If your life is anything like mine, you have multiple demands on your time. In my case there's a new job, an aging mom I'm caring for, and art classes to teach and prepare for. It can feel impossible to find time to create art and this is the challenge: Find ways to put art in your life in simple daily ways!

So this is one way I do this: I place the art work I am in the process of developing in different spots in my home where I will "bump" into them as I go about living my crazy busy… There is a festival coming up in Sept. in Morgan City Louisiana. I'm suppose to enter 2 to 6 big paintings if I wish. I do have a few 16 x 20 finished. I'm thinking if I cannot get the 24"x36" done in time I'll put them in. I do have 3- 24" x 30" done but they were done 5 years ago and I have not scanned them yet. I know Sept. seems far away but with life going so fast  it will be here before you know it. the only thing that will cancel it is a hurricane. Ok thanks for listen.

I have been doing art for 40 years. I've studied most of the American masters, plus some Asian art. I've taken classes in Korean Haiku pottery, and worked with underground ceramists. I only say this to let people know that I can help with any questions they may have that I can be of some help with. For instance, Elizabeths's art has a strong resemblance to a Tibetan mandella, hope I'm not being presumptuous. Hope to hear from somebody, if only to say hi. Carl

I found some old slides of work I did many years ago. Had them put on a disc, and to my amazement saw extraordinary work that at the time I considered just ok. Had I known I could have shown at an art gallery. Which goes to show that what u think is just ok maybe a gem. Food for thought. C 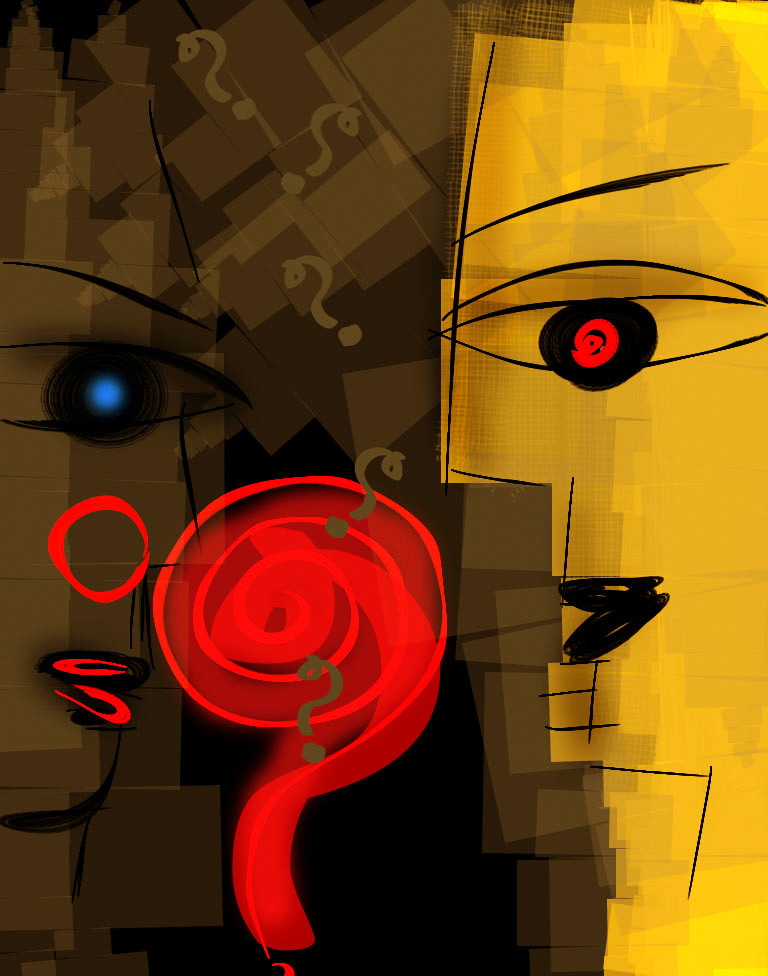 What is Art in My Point of View

Art is freedom. Every time I make one I feel like something is released or let loose.

Art is a journey.It is calming and frustrating at the same time. And it will lead you and show you paths that you've never even dreamed of.

Art is a mirror. Whatever I'm feeling is shown, no matter how hard I try to hide it. It will always be an extension of who I am.

I do abstract expressionist landscapes.(mouthful) Robert Motherwell once wrote scale and size can be unrelated. You can paint scale on a small canvas, so I've been working with scale, and perspective. I spent almost 2 years living, and working at the bottom of the Grand Canyon so I'm trying to capture that experience.

If I ever figure out my new computer I will post some photos.