Art day for me tomorrow.

My wife is leaving for Atlanta, GA tomorrow for the 31 gifts national conference. If you havn't heard of 31 gifts place check it out at. http://www.mythirtyone.com/lyndsey31. I get to stay home from work tomorrow to babysit and work on my current art piece.

I may just drive myself crazy yet...

I had a really great 10th anniversary this weekend with the hubby.   I was very spoiled and just had an amazing time.  Between anniversary stuff, my sister in law's family visiting for the past two weeks and getting the kids ready to start school on the 1st- I've not touched paint, pencil, charcoal or colored pencil- not even my camera the past three weeks.

I'm feeling flooded by ideas atm and things I really want to do, but I'm seriously lacking in time.  I have this worry that by…

I am loving the ATC Group but I wish I could make up my mind on what I am going to do!! I have painted about 12 cards now all from different countries in Europe theme and sitting here I have changed my mind again so it is going to be tight but the new cards are almost finished and will be in the post to my swap  partners before I can change my mind again.  I am unsure what Canada will bring but I feel sure I will be…

Well, so much happening in my life at the moment, some good, some not so good, but on the good side, just spent 6 weeks in Asia and China. What an experience. The Great Wall and The Terracotta Warriors to mention a couple of outstanding visits. I took 4500 plus photo's with some wonderful ideas for drawing and painting. As soon as I get my butt into gear I'll be posting. Till then, see you soon and have a good one!

On July 13th my father passed away. I sat beside his bed, holding his hand during his last hours that night, at the Veteran's Home. My husband stood beside me. We never really know what we can or cannot do until the time comes; until we are right there, in that moment. It was hard to see my father pass, following his last two deep breaths.

I wasn't there on the night that my mother passed away fifteen years ago. My husband and I left the hospital earlier in the evening and deep down…

Today i treated myself (using coupons of course) to a 6 piece set of Pigma Micron .05 basic color pens ( i treated myself last time to the .005) and i also got the Pentel Slicci Metallic 0.8mm pens ( 8 of those) in very YUMMY colors. I shouldnt have but i did and im happy i did!!! Cant wait to do some drawing!!

I also got some wooden boxes to alter ($1 ea at Hobby Lobby...70% off), new ribbons, new paper flowers, couple birdhouses to paint (70% off) and som enew acrylic paints. I also…

I feel like my inspiration has just given birth to two new bouncing baby paintings, and i don't have money to pay for their hospital bills, but i sure do have to care and keep them in an hospitable state of love! because; 'I AM NOT A FATHER RAT, BUT A FATHER ART'.

Will You Be Left Behind if You're not on Pinterest?

Yikes!  So much Social Media out there.  So many new sites popping up to attract readers to your site.


When I first went on Pinterest I was over the moon in love with all of the pretty pictures.  After pinning a…
READ MORE

This is my latest commissioned piece all finished. Someone had it done as a birthday present for their spouse. It was done in colored pencil on an 11"x14" piece of paper. Greetings my fellow artists.I just wanna say that, some of you may think my profile picture is a vampire, well... im glad to say that its not,not fan of vampires...but what it is, is a old comic book character called Misty.This comic is pretty old,and it no more in production..the theme of it is supernatural...but most importantly,the way the characters of this comics are drawn are amazing, especially Misty,i tried drawing her once but...well the rusults weren't that good.I have a collection…

How to make art out of anything!

I had the afternoon to myself in Interstate Park. My little backpack held lunch, a journal, colored pencils, a digital camera, and a small towel – everything I needed for the day. Following the irresistible pull of the St. Croix River, I began walking along the cedar and pine scented path that is the Skyline Trail. The bustle of my busy morning fell away, and I felt a wonderful solitude as the only person on this long, winding trail.

All of a sudden I was skipping – something I hadn’t…

And thank you both, Thaneeya and Suzanne for your nice welcome!

I must admit that I feel a bit intimidated by all you great artists here in the Art Colony, BUT I am also very excited to be able to be part of it.
I am only in the beginning of a learning process and being inspired by all you guys great art will be such a blessing!
Earlier I have been doing quite a few different kinds of arts & crafts, and I feel fairly comfortable with some of those. But only recently I…

Trying to pick myself back up.

Things have gotten busy lately.  We've had loved ones visiting, friend's birthdays and just tons of stuff to do.  I caught up on a bunch of housework and haven't really sat down and taken a breath since.  I feel like the longer I go surrounded by people and rushing around the crazier my head gets and the more stressed and irritated I feel.  I told a friend that I got to hang out with last week, that with things being so busy  when I get a free minute I get completely self absorbed.  I don't…

A compliment to the people who are working so hard on this side :-). It is still my favorite place. I joined a german forum, which of course is very useful for me on the practical side and I get good tips from it.

But I love the art colony because there is such a variety of artists and beautiful paintings. And nice people. The german site is more conservative in the art, maybe it has something to do with it, that here we are people from all over the world with different cultural…

Vacation and art. Do they mix?

Last week I was on vacation in Ontario's Prince Edward County with my entire family, including the two little granddaughters. I brought along my watercolour pencils and a pad of paper, never expecting to use them as it's always program with the little girls around. Surprise! One day when the family was at the beach (I'd stayed behind to prep dinner), I hauled out my supplies and started on a portrait of granddaughter # 1. Another day while I was babysitting kids while other grownups visited…

I received some good news

Congratulations! Both of the drawings you submitted (Domestic Situation III and Wrong, Façade, Revealed) have been accepted for inclusion in the 77th Annual National Exhibition of the Cooperstown Art Association, 22 Main Street, Cooperstown, NY. 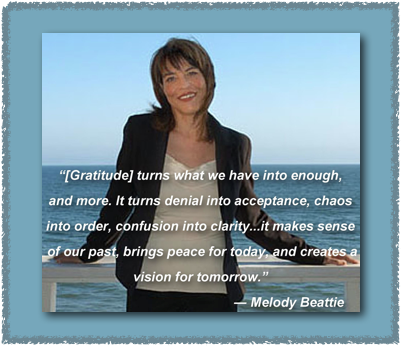 Would you consider joining me in spreading a worldwide virus?

Although the steps are quite simple, I feel compelled to warn you:  This virus has the potential of being highly contagious, and  spreading to everyone it comes in contact with!

“We can do no great things, but we can do small things in a great way.”

Mother Teresa.  It was many years ago, when I first read this quote and the meaning of her words took up residence in my life.  Although powerful, this is very basic truth.  For me, it means a commitment to “baby steps”.  One day at a time, over time, is powerful beyond measure.  It’s easy to overwhelm ourselves, I do it all the time!  But when I…

I am legally blind as of 2005, but have enough vision to be creative

I am legally blind as of 2005,  but have enough vision  to be creative,  I have  worked with watercolors  2 years .  I  joined a art class at Braille Institute, La Jolla , after first going to the San Diego Center for the Blind , to learn how to cope and move on, then and with much fear I made my first painting in watercolor in 2010, and became hooked , at  59, I found my  hidden talent at last!!!  I was never artistic , so I  thought I couldn’t paint or draw, but only  stick…